Having bought a cucumber from the market for a mere ten pence I figured I should try to find a recipe to use it in without completely over cucumbering it. If you see what I mean.

So I figured I could make a cucumber salad, similar to those you get in indian restaurants, with onion and a bit of tomato, although I was lacking the other two ingredients.

I could make a tuna and cucumber sandwich, but a can of tuna would do more than one sandwich and I only fancied something small.

I found this lovely persons blog ‘Once a sandwich artist, always a sandwich artist..’ in which they combined peanut butter and cucumber together in a sandwich. Sounds so wrong I know, but having tried it I was actually very surprised and may even have another one later with the rest of the cucumber.

Soup. You can make a chilled soup, preferably with a bit of cream and cold cucumber together but for some reason I just did not fancy it.

Smoothie. Yes, that is right you can use cucumber in a healthy (even more so than normal) smoothie as one of the ingredients, perhaps throw in a carrot as well.

Finally last but not least, you could put the cucumber in a pickle, for future use, either by itself or with some other odd veg that you have lying around. 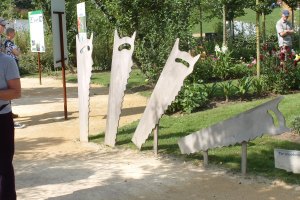